The Shift in Gear 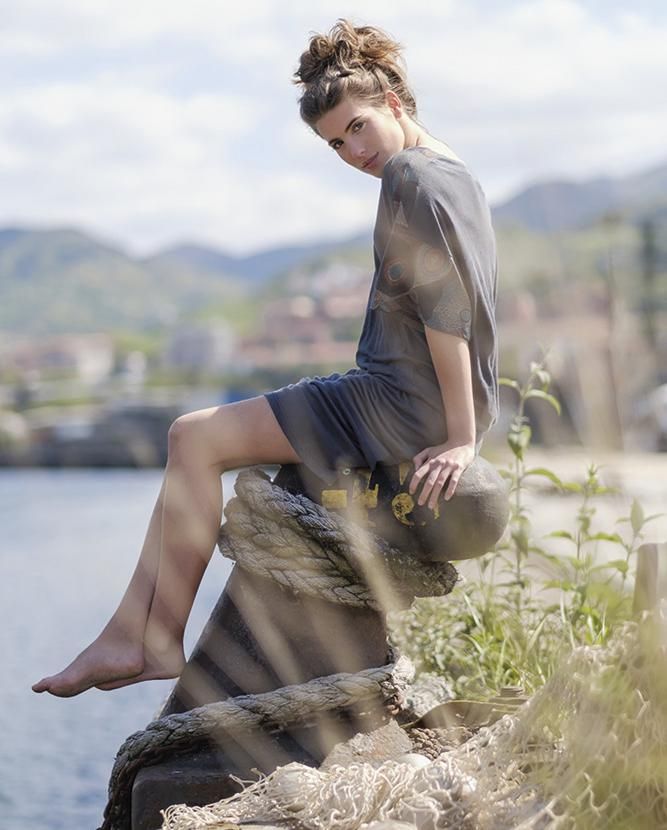 Fast food; Slow food. Fast fashion; Slow fashion. It can be hard to stay in sync with the pace of life. High gear living has been substituted with high standards, with the speed of production proving to be a major issue for consumers. There’s no question that this shift in gear marks a new age in conscious consumerism, in stark contrast to our ever growing demand for instant gratification. Nowhere is this more apparent than in fashion, where the philosophy of ‘buy less, buy better’ has gained popular kudos. We've accepted that Wellbeing now heavily impacts our lifestyle choices (cf. activewear), so it's only natural that other sectors should follow. Fashion has always had activism in its DNA, so it was only a matter of time before the industry made steps towards coming clean, especially following the Rana Plaza disaster.

For the socially self-conscious cynics out there – unsure whether embracing virtuous options might compromise their cool-rankings or, heaven-forbid, their Instagram followers – get this: when high priests of hedonism Liam Gallagher and Harry Styles  both profess to ‘being good’, we know that good has become cool. The 1D heartthrob recently told BBC Radio 2 that “I don’t drink much”, while the Mancunian music legend told Jo Whiley, at Glastonbury, that “I’m taking care of myself nowadays […] and I’m feeling good”.

Anyway, back to fashion. The fastest growing conscious consumer sector, which grew by 72% in 2010, ethical fashion only continues to pick up pace. “A fabulous beautifully made jacket is not going to disappear out of fashion next year”, says the premium British designer Amanda Wakely. Meanwhile, Safia Minney MBE, founder of People Tree, is a leading campaigner on changing trade policies and also the author of ‘Slow Fashion: Aesthetics meets Ethics’, now considered a bible for Slow Fashion.

If fashion buyers were to ask for tip-offs on SS18 trends, they may well be surprised. “Sustainability or responsible innovation is by far the biggest trend in the industry right now,” says Eva Kruse, chief executive of Global Fashion Agenda, which organises the Copenhagen Fashion Summit, though it was Sir Martin Sorrell who coined the phrase “doing good is good business” back in 2010. That London ethical based brand Gandys - founded by the Forkan brothers under their ‘Orphans for Orphans’ initiative with flip-flops - recently launched its first womenswear collection, is also revealing.

All of this will be good news for stockists of Braintree Clothing – recently rebranded to Thought Clothing, The Drapers Independents Award-winning sustainable fashion brand Braintree’s founded by CEO John Snare.

“Our new name is built on our celebrated ‘thoughtful clothing’ message and we feel gives us a fresh confidence while reflecting our philosophy about ethics and sustainability”. 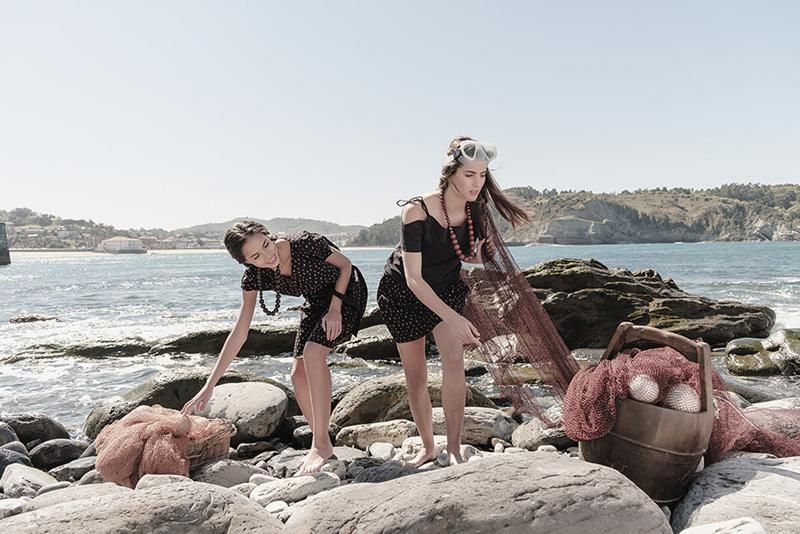 The new name builds on Braintree’s existing strapline, “thoughtful clothing”, and is designed to better communicate the brand’s ethical values, which it does.

“In recent years we’ve really evolved our collections and we believe a new name will allow us to edge further into the contemporary fashion space and build on what we have already established.”

It also coincides with the brand’s move upmarket. Over the past 18 months, Braintree has been repositioning with the aim of sitting alongside more contemporary brands such as Toast and Mint Velvet, another indication of the shift of ethical fashion from niche to mainstream.

Total ethical spending in the UK is now worth £54 billion (2016) and represents around 7% of all UK consumer spending, which is more than we spend on cigarettes and alcohol, combined. The value of overall ethical sales grew by 8 %to £38 billion in 2015, during a period when inflation barely rose above 0.5 %, according to the new Ethical Consumer Markets report.

Looking at fashion specifically is fascinating. The industry, which contributed £28 billion to the UK economy in 2016 – a figure predicted to rise to £32 billion by 2020 – is one to watch. Even if this figure is only vaguely accurate, given current Brexit uncertainty and Westminster shenanigans, the British Fashion Council’s positive stance is crucial. Throughout 2017 the British Fashion Council has been celebrating Positive Fashion best practice, creating a dialogue and providing a platform to tell good news stories that help facilitate change. Oh yes, Pantone colour of 2018 will surely be a shade of green. 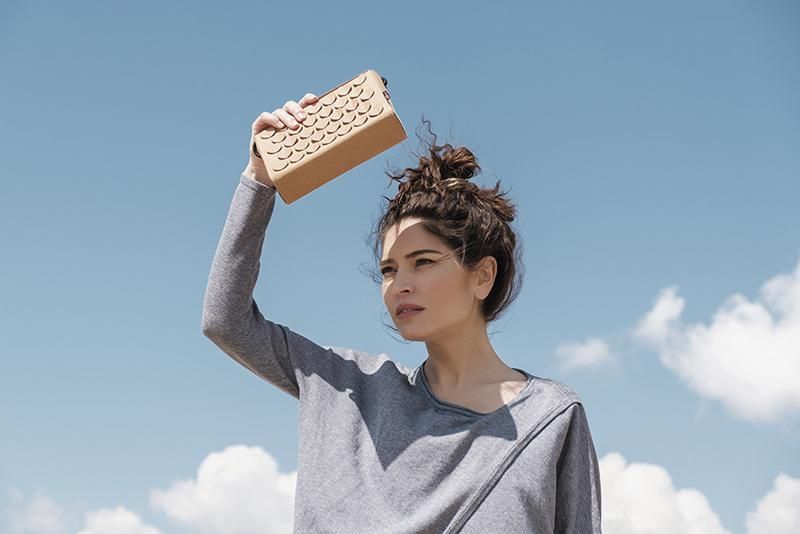 Rhodes has filtered down to the ever-demanding Gen Z, now buying into H&M’s ‘Conscious Collection’, albeit sometimes unwittingly, which arguably is just the point. As a language and mindset, sustainability is one in which the next generation is becoming fluent.

For a long time, the conscious consumer’s effort to buy few but better clothes have been thwarted by lack of choice on the high street. ‘Why must ethical, affordable and fashion be mutually exclusive?’ seems to sum up the widespread grievance. The raw reality for well-intentioned retailers is this: shoppers buy on design and style first. Sustainable fashion needed to catch up with style.

Finally, the needs of the conscious fashion-set are being met. People are buying less but buying better – Mintel found this was true for 69% of women aged 25-44 – but even so, saving up for a piece from, say, Stella McCartney – however beautiful and ethically-made – is beyond the budgets of most people, which is why the democratisation of ethical fashion is such a fabulous thing.

Of the large online fashion retailers, ASOS has demonstrated some great leadership. Partnering with SOKO Kenya to produce the ASOS Made in Kenya collection, and maintaining the partnership since 2010, is pretty ground-breaking for a major retailer. 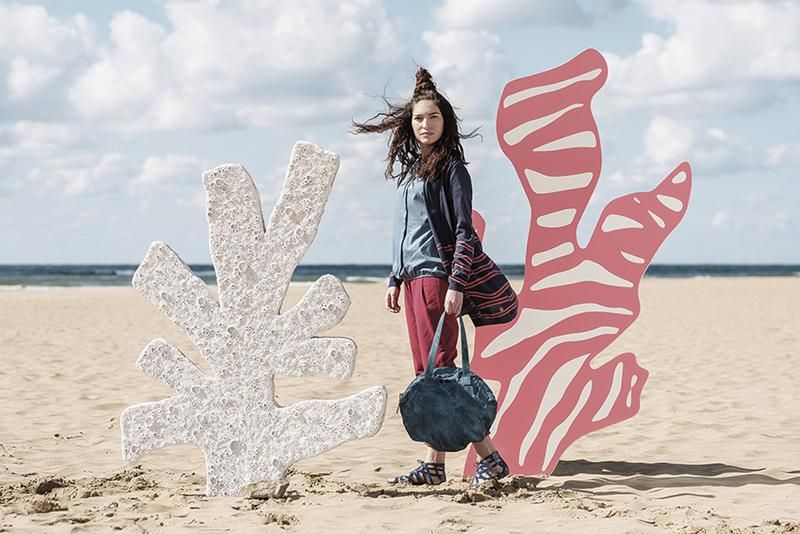 So, who’s buying into the ethical market? Well, apparently it’s the Millennials and a good fistful of folks either side.

A report on the shopping habits of Millennials says 70% indicate a willingness to spend more with brands that support ethical causes. In his book Who Cares Wins: Why Good Business is Better Business, David Jones, argues that the Millennial demographic are “the most socially responsible generation that ever existed” and dubs this influential, marketing savvy set “pro-sumers”.

What I find especially interesting here is two things. Firstly, how going green has gone mainstream and cloaked itself in coolness. It’s quite likely that a blazer or dress that catches your eye in store, for its on-trend appeal, will be made from organic cotton, hemp or recycled leather using a zero-waste design. Moreover, the organic, ethical fair-trade whimsical purchase you make is off-the-shoulder blouse or tailored blazer than the proverbial sackcloth. This has certainly been the case for contemporary womenswear brand Skunkfunk, family owned and designed in Bilbao and distributed to UK retailers by Love Brands Ltd. Their collections, 50% ethically sourced, bring technical outerwear and innovative fabrics to womenswear, even involving regional artists to design original prints. Besides tracing their supply chain back to the source, this GTOS certified Fairtrade fashion brand uses a unique pattern cutting processing which aims for Zero Waste. The fashion fascist no longer needs to compromise on aesthetics to be virtuous. 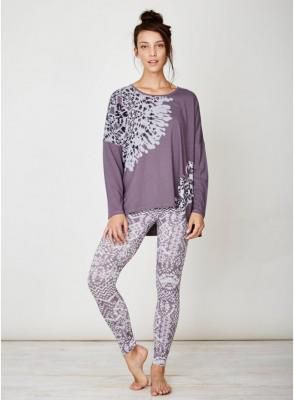 But the real point here really is that we want to do this. 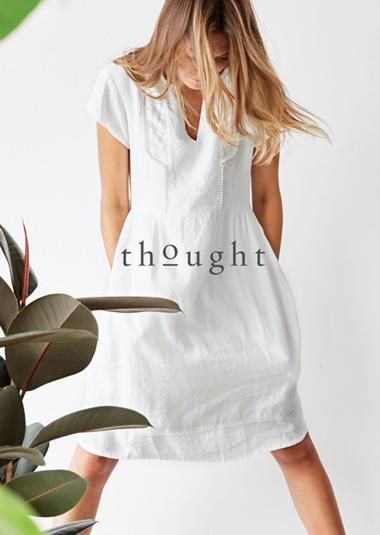 We want to be ‘good’. Being ‘good’ has become something of a status symbol and something we demand from brands and businesses. Importantly, it’s also become an affordable desire to satisfy. We no longer need to drive a Prius or own a Canada Goose parka. What we are seeing here is a far cry from the cynical greenwashing of fuel companies. It’s an authentic and commercial decision made by retailers who are responding to consumer demand. How exciting is that?

This leads me to the second striking detail. Not only has ethical become affordable but the availability and supply and choice is fuelling the increased demand, 54% of consumers today, according to Unilever. Kevin Chesters, chief strategy officer at Ogilvy & Mather London says “The shift has definitely come from consumers demanding more transparency and more responsibility from retailers”.

Of course, pace is only one quality of the ethical movement, which has shed its hippy status, been endorsed by celebrities ranging from Leonardo di Caprio to Emma Watson and is now manifesting itself in directional fashion. There was a time when only the premium brands were singing this tune, but now we’re all humming along and conscious clothing has become very catchy. Given time, it may just become a No1 hit.