If you’re not taking care of your customer, your competitor will 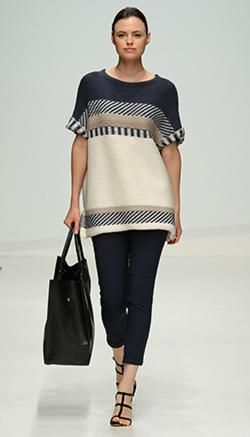 It’s a recognised truth that trying to please too many people is rarely a good strategy. This applies to retail as much as it does to life.

Many household names in the fashion industry – brands such as Jaeger, M&S and even the high street totem Next, whose total sales at Next dipped by 2.5% for the 13 weeks to 29 April 2017 - have suffered partly as a result of neglecting their core customer. By trying to widen the appeal of their brand, often courting the younger customer, they alienated their most loyal shoppers, who naturally shopped elsewhere. Those customers who do continue to shop with them feel confused, often compelled to wear ‘inappropriate’ styles and hemlines to remain ‘in fashion’. Sartorial ‘dad dancing’, if you like.

So, who is this customer? Well, she happens to be a woman with more disposable income than her younger sisters. The over 50’s segment of the UK population is one of the fastest growing customer groups in the retail market. Cash cows for fashion retailers - omitting the unfortunate colloquial connotations. Women in this category are increasingly shopping online, where competition is famously fierce. Women over 40 years are equally precious customers; far more likely to invest in quality items than they are throwaway fashion. The trade-off here, from the retailer’s position, is that they can be demanding and must have their needs met. They need to feel understood. 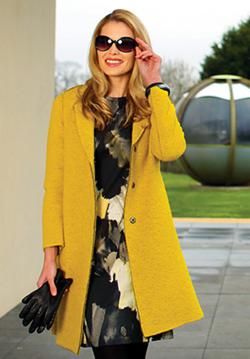 These women need somewhere to find fashionable, inspiring and ‘interesting’ clothes. “They want a warm, uplifting and inspiring shopping environment […] to see their lifestyle reflected in the merchandising right down to the hangers”, says Michael Shalders, co-founder of Love Brands Ltd, an agency that distributes the chic, understated Italian knitwear brand Stefanel, a favourite with the 38 – 60s. “John Lewis has this customer nailed, they changed with times”, he adds. This customer neither wants a hemline much above the knee, nor a transient trend. She wants sleeves, subtlety, timeless style and quality. Make this woman feel and look fabulous and she’ll be putty in your hands, in a retail sense. What the modern middle-aged woman does not want is to walk into her favourite go-to fashion store (note the possessive pronoun) and be confronted with sub-brands pitched at the younger customer, nor trends suggesting she wishes to ‘get down wiv’ da’ kidz’ from Primark and New Look. Neither will she appreciate frumpy, unimaginative designs implying she’s had her day; that she should be sartorially put out to pasture. 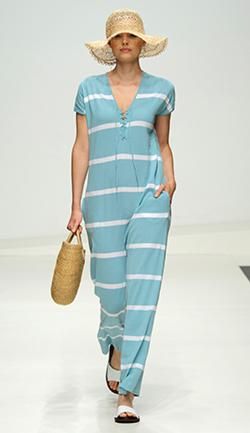 Sarah Simonds, owner of the popular womenswear independent Artichoke, in Ely, agrees that sleeves and subtle sophistication are key criteria for the woman over 50. As a stylish woman in her fifties herself, the boutique owner says that buying for women of her age really helps: “we have a huge advantage in that we are buying for ourselves – which is where I feel retailers such as M&S are going wrong. I don’t believe their buyers have any empathy with what it feels to be 50 in 2017”. As observant designers and astute buyers recognise, women aged 50 years old do not wish to dress like their mother or grandmothers did at that age – irrespective of changing fashions. Attitudes, self-perception and social customs change and so too must progressive retailers.

Simonds, who cites Alice Collins and Pomodoro as her bestsellers in this category adds, “When I was 19 years old, I was drawn to the fledgling, uber-cool fashion designers on Kensington High Street. Their styles reflected the edgy, rock ‘n roll lifestyle that any post-punk teenager aspired too. These days, while I have never been more interested in fashion, I want the shopping equivalent of a nice cup of tea and that’s what we aim to deliver at Artichoke”.

I’ve witnessed this evolution myself, while working in my mother’s boutique several years ago. A customer, whose daughter was getting married – literally a mother of a bride -, exemplified this perfectly with her plea: “I don’t want to look like a Mother of the Bride”.  James Lakeland, of the eponymous womenswear brand popular with the 35 + woman, has told me that the frequent request he hears is: “I don't want to look frumpy […] I do want some coverage on my arms [and] I want to look effortless, feel great and look younger”.

He adds, “This is the most challenging and complex market […] women who grew up with Wham, Boy George and the original Supermodels are now getting ready to go to the weddings of their sons and daughters and they don't want the matching dress, coat and co-ordinated shoes and bags”. As Michael Shalders also explains, “that customer still exists; she just doesn’t want to dress as her mother did when she was 45”.

So, what went wrong for these iconic British brands? 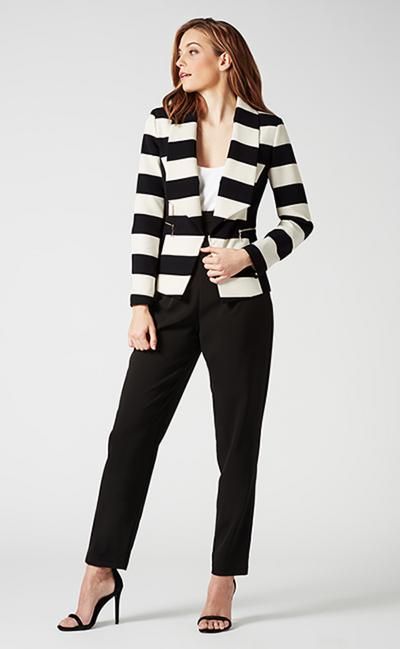 Synonymous with understated confidence, Jaeger formed part of the British fashion Establishment with a clear identity of producing effortless, good quality collections, as summed up by the tagline “We don’t sell clothes, we dress women”.

Essentially, it was the definitive brand for the modern middle aged woman. The go-to brand for the demographic often referenced as the ‘silver shopper’, but which in truth begins at 40 years and extends to 70. It’s the one demographic that retail analysts say is well-equipped for sustained spending. Only a fool – or an age fascist - would neglect them.

In an attempt to attract a younger shopper, the introduction of sub-brands merely alienated this customer and, when former chief executive Colin Henry left Jaeger in September 2015, it was suggested that it was in part because he disagreed with this change in strategy. Fortunately, we’ve just learned that Harold Tillman, the former owner of Jaeger, believes the brand “can become a world leader again”.

Similarly, when Marks and Spencer boss Steve Rowe said he was determined to revive the High Street giant, by getting back in touch with their core female customer – rather patronisingly labelled "Mrs M&S" -, he was talking about a “loyal” customer in her 50s who shops with them around 18 times a year.

According to Mr Rowe this apparently married woman wants "stylish contemporary clothing". He adds: "We need to cherish and celebrate her and make sure we're giving her exactly what she needs at the right time", not try to dress her in a skater skirt. Indeed, Next’s drop in sales has been attributed to styles which were too ‘racy’ and insufficient core items such as blouses.

These are by no means the only retailers to be erroneously seduced by the sirens of youth and ‘trends’, but their ignominious fall from grace provides a blunt education in branding and knowing your customer.

It’s a cruel example of How to Lose Sales and Alienate your Customer, which many other brands would be wise to take note of.